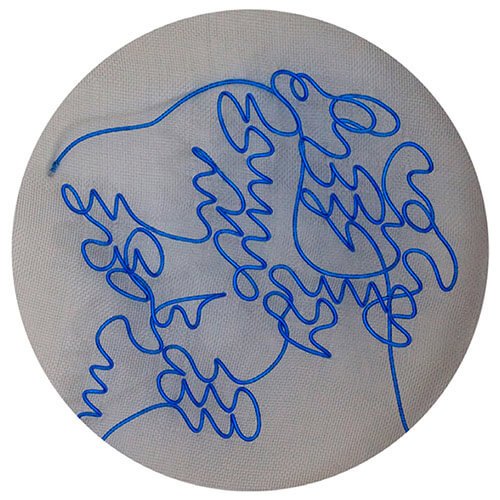 Zane Mellupe is a Shanghai-based artist from Latvia, Co-founder of LiuDao art collective (island6 collective), founder of YongkangLuArt and WhyWhyArt. As an artist, Zane works mainly in contemporary photography where she deconstructs the popular understanding of photography, expanding it both conceptually and materially. Another important part of her work is socially involved art, urban renewal projects and documentary research.

Embarking on photography studies at the age of fourteen in Riga, and subsequently in London and Shanghai, Zane Mellupe devises her artistic work as a way of “thinking in images”. Her installations and mixed technique photographic work reveal hidden interpretations of our feelings. She employs in her art works three mediums important to her: the image, the object and the body. The object merges with the image; the body reclaims its functions and enters the photographic image. These three mediums are in a dynamic of simultaneous coordination and opposition, in the same way of literary figures of speech. A recurrent element in her work is a questioning of photography, treating the image as if it were an object, and also multiplying the suggestive powers of the image. This oeuvre becomes a visualization of metaphors that allow us to express mind states. She creates textual pieces, the “physical world of literature”, in an echo of her works. Photography and reality merge together in Zane Mellupe’s work, a constant back-and-forth between the material and the conceptual.

Zane’s artistic work can be divided into 2 sectors – The directly personal where she focuses on herself, and the social where she focuses on societal issues, often involving other artists in order to research the topic and create a dialogue with society. Zane’s main solo exhibitions are, ‘In the memory of a perfect wife’, ‘Another Trilogy’ and, ‘Creating Terminology? Entropy?’. Her educational background includes Theatre Direction studies at the Shanghai Theatre Academy, a Bachelor of Arts in Chinese Language & Literature (Shanghai Teacher’s University, 2004), and Master of Arts in Photojournalism & Documentary Photography (University of the Arts, London 2007).